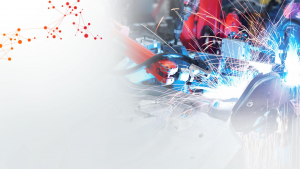 transform ideas into globally traded commercial products. It’s where 700+ parts suppliers and 500+ tool, die makers converge along a 400-kilometre automotive corridor, forming one of the most robust supply chains in the world.

Chrysler, Ford, GM, Honda, and Toyota run 12 plants in Ontario – we’re the only province or state in North America with five automotive OEMs.

Canada’s aerospace industry contributed more than $28B to GDP and 211,000 jobs to the Canadian economy in 2015.

Manufacturers and processors are major contributors to the Canadian economy, as they account for over 1.7 million jobs and more than 10 percent of total Gross Domestic Product (GDP). The Canadian manufacturing sector covers 21 industry groups that produce goods for both industrial and consumer use.

Manufacturing accounts for 42% of all R&D activity in Canada.

Ontario and Quebec remain far and away Canada’s largest manufacturing provinces. At just under $290 billion in sales in 2015, Ontario alone accounts for close to half of all manufacturing output nation-wide. Another 24% of sales ($145 billion in 2015) are generated in Quebec.